By Jack Sunderland30th January 2019No Comments 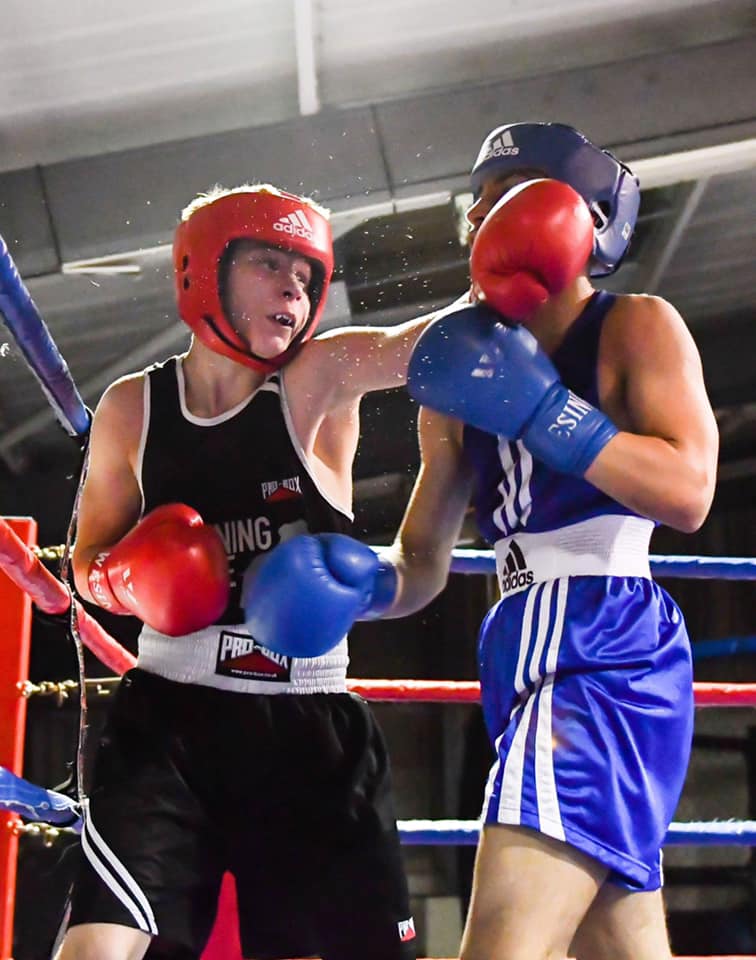 I have had many conversations with people who seem to like the idea of lacing up the gloves and fighting. A lot of these discussions have been held while I have been on a night out and over a few beers.  It sounds good and I like listening to the enthusiasm in someone’s voice but I never take them seriously as not many of these people walk into the gym, never mind compete.

Since I opened my gym though I have seen so many people come through our doors for many reasons such as to get fit, learn self defence, over come bullying or meet new friends. Then there is the obvious one, that one day they wish to compete under the bright lights. These people are a small percentage that take that first step into the unknown.

If you wish to compete in amateur boxing, first you need to find a gym and a trainer. The next big step is to get good enough to become a licensed amateur boxer. The time in between stepping foot into the gym and being good enough to box breaks most men and women. For a start you will get hurt, you wont always enjoy the process and once you realise how long it may take, you might decide that its not worth the pain.

There is a lot to learn. Firstly it can take weeks, months or in some cases years for someone to pick up the foundations and learn the basics. A beginner will learn their stance, then their footwork followed by punching combinations and defences. Once they grasp the fundamentals they then may be asked to spar against another gym member.

As well as learning the basics, an individual is always being assessed by a coach on their fitness levels and body shape. Unless you are a natural heavy weight, body fat needs to be reduced. Fitness is a major factor when fighting against another human being, you have to be in the best physical condition possible. If you can’t show any dedication towards the physical part of training coupled with the nutrition side then you aren’t going to get very far in your pursuit.

Once someone steps into the ring, more often than not the basics get thrown out of the window and the natural ‘fight or flight’ response kicks in. People tend to forget what they have been taught as they either have someone stood in front of them hell bent on whacking them back or they may be swinging at fresh air if they are in with an experienced fighter who’s been told to ‘move around’.

I have seen some people take to sparring straight away. I have seen others turn their heads at the slightest twitch of a jab coming at them. Not everyone likes getting punched in the face!

In our gym we like to match people fairly until someone’s confidence builds. Once the budding boxer is moving around the ring and competing to a fair standard we will then start to test them and see if they have ‘the balls’.

This might sound cruel, but from a coaches point of view I like to see someone have their arse handed to them in the gym a few times, then see if they come straight back the next day. This shows that the individual can come through adversity. You have to be mentally tough.

A person can’t be good from the beginning, they have to go through stages of learning to become good. You need to grow throughout the training process. Everyone begins at the bottom when they start something new, but anyone can progress with the combination of will and time.

‘How long will it take?’ is a common question I get from senior wannabes or parents that are desperate for their child to box.

Time is what it takes, the trouble is that these days people want results yesterday. There is no quick fix that exists in learning a new sport. Tremendous will is needed when learning to box as the learning process is very, very repetitive. There is no way around it, you have to put in the hours of gut busting (sometimes boring) hard work or you won’t develop the necessary skills.

Not everyone can do it!

This is the truth, out of possibly hundreds of people that have come in our gym ranging from 6 years old to very old (sorry) we only have had around twenty people that have reached the level of skill required to be registered as a fighter under England boxing rules. Some of them have left the team or been taken off the list due to realising they either can’t handle the physical training, can’t mentally do it or would rather do something else with their spare time. This isn’t a shot at those who have turned their backs to competing, please note that I have full respect for ANYONE that steps foot in the ring.

We currently stand with around twelve registered boxers and as things are right now only two or three of those fighters are ‘ready’ to take a fight at the drop of a hat.

The dedication, commitment and physical effort needed to become a boxer is very unique.

This isn’t to say that YOU can’t do it, please don’t think I’m being negative, I’m trying to be realistic. You need to understand that you may only notice and hear about the naturals at first, but in the gym I have seen the ones that appear out of nowhere, the grinders that have shown up everyday. The slow burners turn out to be some of the best fighters because they have already come through all the tests many times over, falling and getting back up without any fuss being made over them.

If boxing has taught me anything, its that you have to keep going in life, push through the pain and the hurt and the tests you face. Boxing isn’t something you can just play at. In one fight, you get one go at the person stood at the opposite end of the ring at that moment. If you want to win, you better be prepared. If you lose and you want to come back another day then you need to work even harder than you did before.

As coaches we are stretched to the max with the time that we have in training. If you want to compete you need to stand out and you need to push yourself to the front of the queue. Only then will a coach think you are worth their time. Actions speak louder than words.

‘If you don’t have the spiritual warrior in you, you’ll never be a fighter, I don’t care how big or strong you are’