By Jack Sunderland16th July 2017No Comments 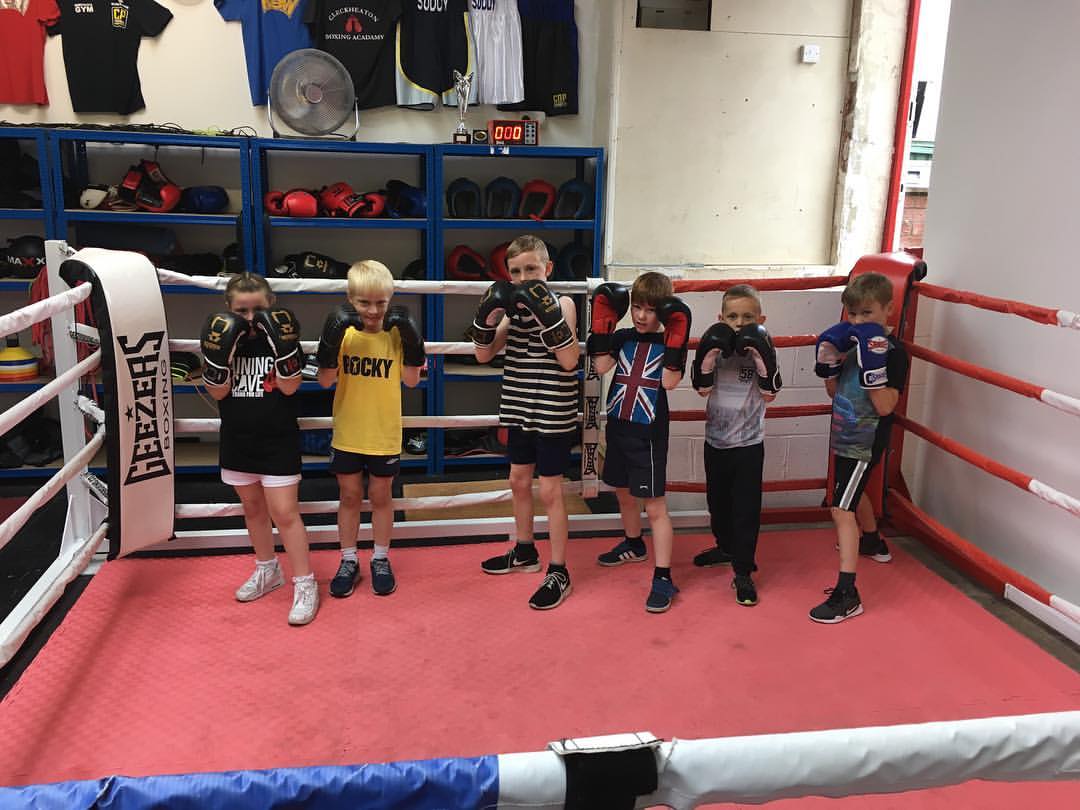 The last couple of weeks has seen a new class added to the Training Cave timetable. ‘Mini Boxers’, a class for 6-8 year olds has been one of the best choices I have made for the gym so far.

Boxing is a hard sport and people who have never boxed do not realise how much there is to learn. I do believe that kids need to be of a certain age and maturity to take up boxing therefore I have always been a little apprehensive about training anyone younger than 9 years old.

Although the Junior class was set up for 9-13 year olds we started to have younger ages turn up. Some nights we were having age ranges from 6-13 years old all in the same class. This obviously proved to be a problem as the older kids will turn up with the intention to learn, whereas the younger kids are more likely to want to burn off energy and have fun.

By splitting the age groups it now means that both sets of children get much more attention from me as a coach, rather than barking orders at a large group of young kids I can now actually teach them properly and give them the attention they need.

The Juniors are improving not just with skill but also with their attitude towards training. I have even started to let some of them spar with other gyms to gain more experience.

They are understanding more now about how hard they need to work and also when they are in the gym they are not here to mess around. As you can see in the video below, each kid is constantly working and concentrating on what they are doing. I was stood watching and I was amazed at how they was conducting themselves, I needed to video it so other people could see it. I am very proud of them.

When the gym first opened I was letting the seniors spar every night. I will be honest, I was doing it to please people. It is not really my way of coaching as I like people to be ‘ready’ and feel confident in themselves before getting in the ring to spar against someone else.

I took one positive from doing this though, I got to see all the flaws in everyone. I knew that over time the seniors would start to trust me and hopefully take on board what I was trying to do and say to them.

After seeing the members repeatedly get caught with the same punches, drop their hands, not keep their chins down, throw incorrect punches, not use any kind of defence when under pressure and all the rest of it I knew it was time to pull things back and work on what was going wrong.

I was driving myself insane away from the gym trying to think of different routines we could do in training to emulate fighting without properly hitting each other. I try to not let it, but the gym and boxing does rule my life.

So for nearly three weeks we did no sparring at all. In my head I thought I may lose people to the classes because of this, but I was willing to take that risk. All we did for two weeks was work on defensive moves and how to deal with being under pressure. I was worried that the seniors would get bored, but boxing is all about repetition and repeating the same moves until they are performed right. If anyone was to stop coming to the classes, then I would know they was never coming with the intentions of learning to box.

This Thursday just gone was the first ‘sparring night’ in the gym. I was chuffed to bits with how everyone did, I couldn’t hide that fact! ‘Rolling’, ‘Slipping’ and ‘Blocking’ punches, I couldn’t help but think we are getting somewhere!

When we have sparring taking place in the gym, everyone naturally comes and stands around the ring to watch, but this time was different. I wish I had set up a camera in the corner of the gym that night as absolutely everyone was working. While two people was in the ring sparring, everyone else was spread out around the gym working together working on moves.

It was so nice to see that everyone in the class was willing to muck in and help each other out.

Apart from training boxers, I also personal train people. When I first started out as a trainer everyone in the fitness industry would say that it is best to choose a nice and stick with it. They also said that I would not know what category I would fall in as a trainer and the type of people I would attract. After doing this for a few years now I have realised that people tend to come to me who are starting from scratch.

I love seeing people go from never exercising at all, to it being a massive part of their lives.

After taking part in my classes for a long time, Emma decided to start doing personal training sessions with me to learn and improve herself. Over the last couple of months I have noticed massive changes in her training. She has learned to perform various exercises such as Romanian deadlifts, full deadlifts, wall handstands and was literally an inch away from her first pull up last week.

Her fitness is improving massively as it is showing in the ‘rocky workout’ classes. She has also decided top book herself onto her first 10k run.

Not only has she improved her strength and fitness, she has also improved her nutrition and habits. Previously obsessed with getting on the scales a couple of times everyday she has now ditched the ‘sad step’ and has started to concentrate on body shape rather than the number on the scales.

I aren’t a big fan of before and after pictures, I’m more interested in the journey. We should have no ‘after’ as training is continuous. The pictures below only show a small percentage of Emma’s progression. 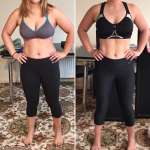 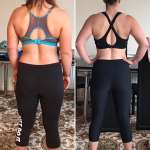 Well done Emma, you are turning into a machine!

As a coach, I feel it is important I lead by example and to practice what I preach. The people I train know I aren’t an obsessive when it comes to ‘diet’. I eat well the majority of the time but I also love my bad foods, the main one being ice cream. I love ice cream. For this reason I don’t get my back up when people hand me food diaries in with the odd slip up, I just make sure they understand what they need to do to reach their goals. We are all adults after all and we can make our own choices.

I am a bit of an obsessive when it comes to physical exercise though and I have always said I would never make anyone do anything that I am not willing to do myself. All the workouts and exercises I do with the people in the gym I have done and still do regularly. I do this to remind myself of how it feels, I love the pain and how exercise makes me forget about everything else.

On the 1st of July I ran and completed a 110k race, I like to keep telling the people in the gym this! I will probably still be mentioning it in weeks to come, its my ammo when anyone looks like they are ready to quit. I was hoping that by completing this physical challenge it would help to take people in the gym to levels that they personally don’t think is possible.

Earlier this week I came across this quote in a book that I am reading. I think this applies to everyone:

‘Remember that your example is more powerful than your words.’