Freddie Phillips got our boxing season off to a winning start at the Tommy Coyle east academy in Hull on Saturday 25th August. He was raring to go after a little break over the summer and was straight out of the blocks in the first round.

Freddie dominated the fight for three rounds showing classy head movement and switching attacks from body to head. He gave his opponent a standing 8 count in the last round and took the win via unanimous decision. 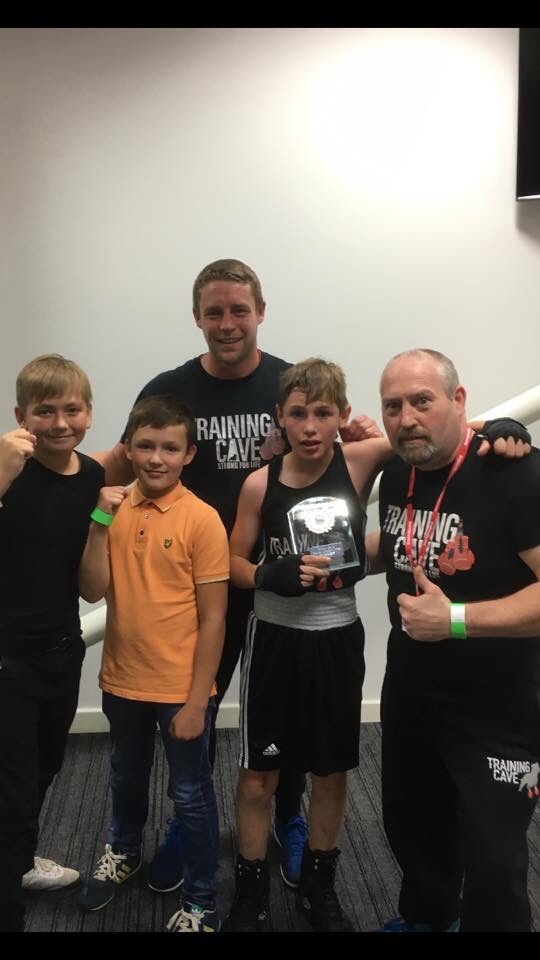 Training Cave was at the SYD ringside show in Knottingley on Saturday 15th September.

Brandon Brearley put up a great performance in a skills fight. The next time he steps foot in a competition ring it will be a scored bout.

Noah Nicholls had a war with a lad who had double his experience. It was a scrappy fight that to be honest could have gone either way but his relentless work on the inside earned him the win via split decision.

Freddie Phillips gave a brilliant performance again. He looked to start a little slow but turned it up in the second and third rounds. He gave his opponent a standing 8 count in the last round and came away a unanimous winner. 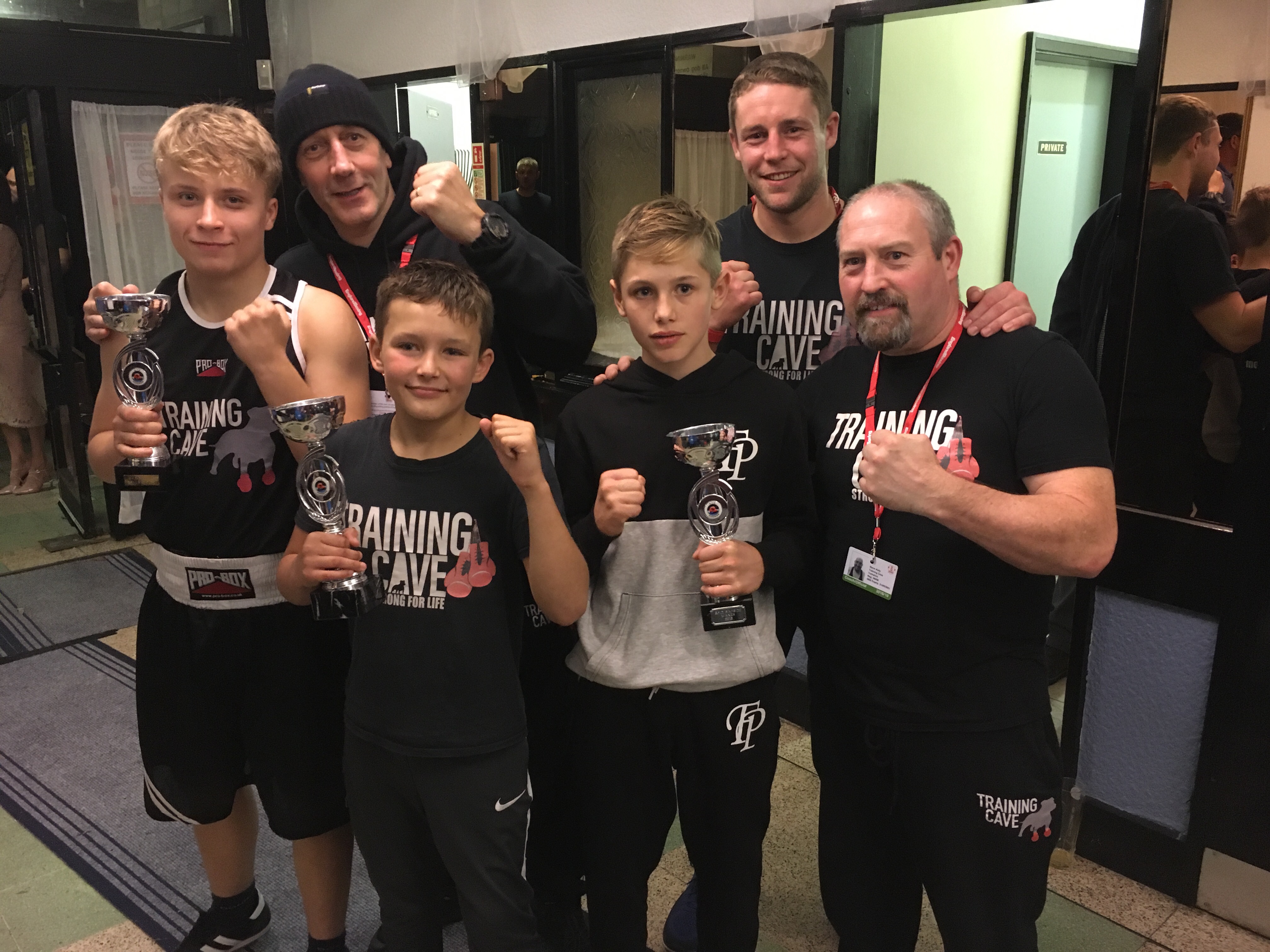 Noah Nicholls accepted a tough fight against an unbeaten opponent. He put up a great effort but he just could not find his range to be able to do his usual relentless work on the inside. It was a great learning fight and he now knows what he needs to do to progress to the next level.

Freddie Phillips beat a good opponent from the Hunslet club. This time he set off fast and took the first two rounds convincingly. The third round he kept his form going but his opponent caught up with him a little at the end. The Training Cave fighter had already done enough throughout the contest to take a unanimous win.

On Saturday 6th October we travelled to Peterborough.

Freddie Phillips boxed for the 4th time so far this season and won again against a more experienced opponent. He had a tough bout, he seemed to let his opponent come at him in the first round but he went through the gears in the second and third to finish strong and take home a unanimous win.

Aaron Bedford made his debut. He put up a great performance in an all action fight where both lads didn’t stop throwing punches. Unfortunately he lost but showed great potential and is already looking forward to getting back in the ring. ‘The period before a big fight is a key time for boxers –the bout can be won and lost in the mind long before the fighters get in the ring.’