By Jack Sunderland23rd June 2018No Comments 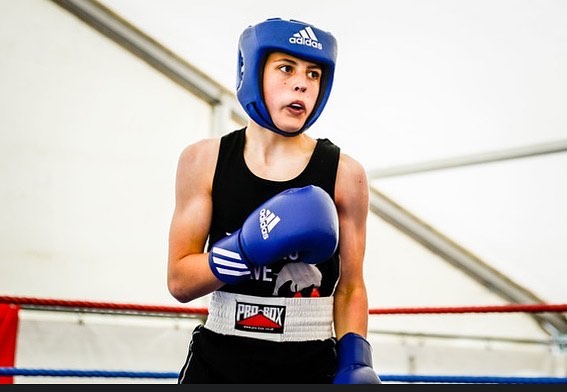 We have a lot of action to catch up on within this fight series due to being so busy with competitions I just haven’t had the chance to sit down and do a write up! The lads really put it in towards the end of the season and I have been looking forward to telling everyone about the performances.

The club has taken part in eleven bouts in just six weeks. This crazy run started on April 27th in Washington on the District Youth show where we had Ben Sutherland taking part in his 3rd bout. ‘The warrior’ boxed very well against another good kid but unfortunately lost on a unanimous decision, the rounds where very close and Ben showed me that it doesn’t faze him travelling long distances for a fight.

The next night Ben was competing again along with his team mate Freddie Phillips. This time we travelled to Nottingham to compete on the Jawad Khalid boxing show. Ben had an absolute tear up with the home fighter and even gave him a standing 8 count in the last round but unfortunately walked away with a split decision loss. Some of the crowd came up to Ben afterwards to help console him and many made it clear they thought he had won.

Next up was our ‘smiling assassin’ Freddie Phillips who was coming into his second fight after losing on his debut via split decision. Freddie was very upset last time out and since then he had really put the work into his training, I could tell that he desperately wanted the win. His performance in the ring mirrored his efforts in training, he set out on the front foot and did not let his opponent off. He switched from body to head, showed classy movement and came away a unanimous winner. When the judges announced the result Freddie was so happy he nearly jumped through the roof! 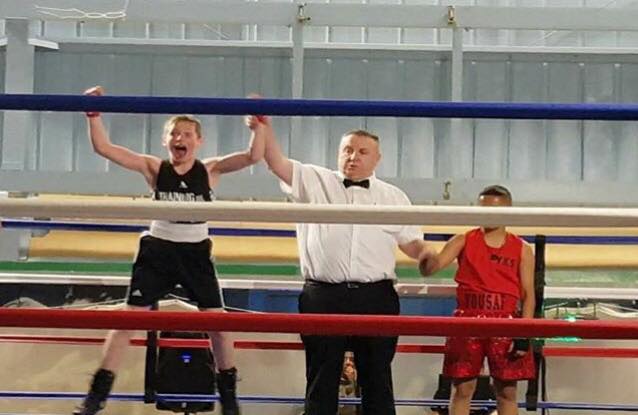 On May 10th we travelled to Sheffield to compete on the Ingle boxing clubs show. This night we had three boxers step into the ring. Olly Sugden fought in a great little skills bout and showed an improvement on his previous performance. Our ‘little lion’ Noah Nicholls made his scored debut and came home a split decision winner in a brilliant contest. The fight was non stop action but Noah just kept charging forward and never stopped working, some of the home crowd got behind him after the fight and likened his performance to Ricky Hatton!

Last up was Harry Avis who was taking part in his fourth fight after having an unbeaten start to his career. Unfortunately he lost on a very close split decision, this fight was a straight out war. Both fighters were landing bombs from all angles but Harry had to take a standing 8 count in the second round which probably swayed the judges. It was a fairly scored contest and one that will do ‘the hurricane’ a world of good as long as he learns from it. 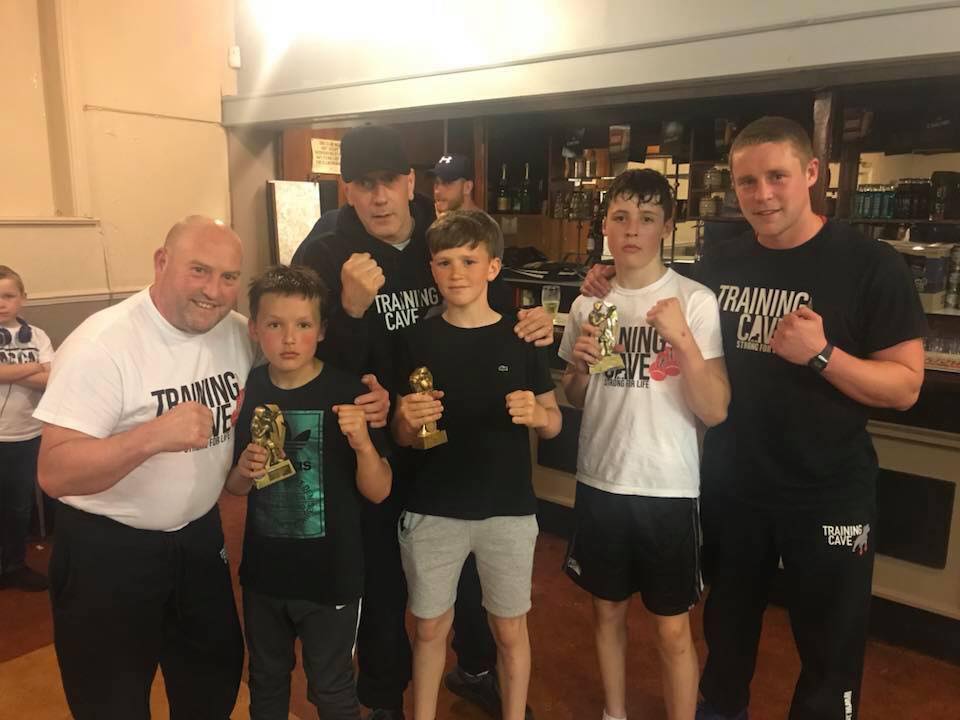 The next night our mini Hatton was in action again. Noah is another lad who doesn’t seem to mind taking bouts on consecutive days, he just wants to fight! This time he went to battle in Hunslet repeating his performance from the night before but with a little more head movement. He used his boxing brain this time around and because of the fact that he has a ‘never give in’ attitude he took the win on a unanimous decision.

Newark showground was the next stop on our tour of the country. Freddie Phillips and Noah Nicholls both battled it out on Sunday afternoon May 20th. Freddie didn’t really get going and lost on a unanimous decision against a good little boxer, I told Freddie after the bout that he can do much better and that his opponent would not have beat him on his day but he needs to learn from that now and get back to winning ways. Noah boxed his heart out but was up against a scrappy opponent that was holding him a lot, due to Noah’s inexperience he didn’t quite know how to deal with this and with no help from the referee he came away with a split decision loss. Days like this are learning curves for coach and boxer.

I took a bit of a risk for our last weekend of the season by taking Noah and Harry to the Lonsdale box cup competition in Penrith. This tournament had never been run before and our lads are still a little bit inexperienced so we was heading into the unknown. It turned out that no one was in Harrys category so he had to fight a lad who’d had a few more fights than him, he boxed brilliant on the back foot and was awesome defensively but just didn’t return enough punches to earn a victory! That was his fifth fight in as many months and every single fight hes had he has been the under dog on paper. He finished the season with three wins and two losses.

Noah managed to get a bye straight through to the final, he went out on the front foot as usual but again his opponent just wanted to hold him and push his head down. Whilst waiting for the decision I was thinking it’s not going to go our way but I looked out to the crowd and the opposing fans were giving me the impression that their lad had lost, his opponent also didn’t look too happy with his own performance. The MC made the announcement and Noah was again unlucky to walk away with split decision loss. Our ‘little lion’ finishes the season with two wins and two losses. 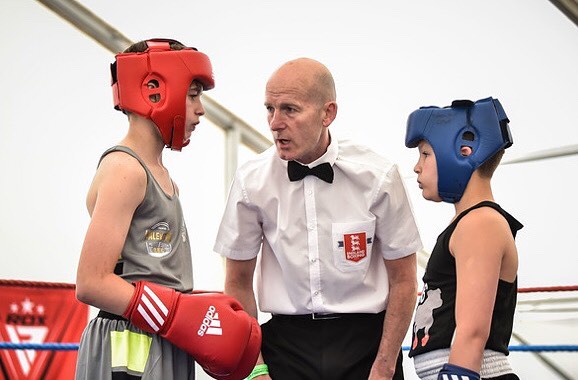 I’m glad that I finally got round to writing this blog as it has been doing my head in for weeks. It just kept getting pushed down my ‘to do’ list as we have had a lot on with the gym. We had had 32 fights since we started competing seven months ago, 20 of those being real bouts and 12 skills competitions.

We have travelled some serious miles and done some late nights but it has all been completely worth it. I have learnt so much in this first year that I have had to write it all down along the way just so I don’t forget. Some things worked, some things didn’t and there are things I’m going to do differently in our second year.

All in all though I am very proud of what we have achieved. Coaching young people isn’t just about teaching them the skills, its so much more than that and I find it very rewarding. I will save that for another blog though!

‘When you’re a competitive athlete, you have to be selfish with your own time, but almost all of mine was being spent on coaching’