By Jack Sunderland22nd April 2018No Comments 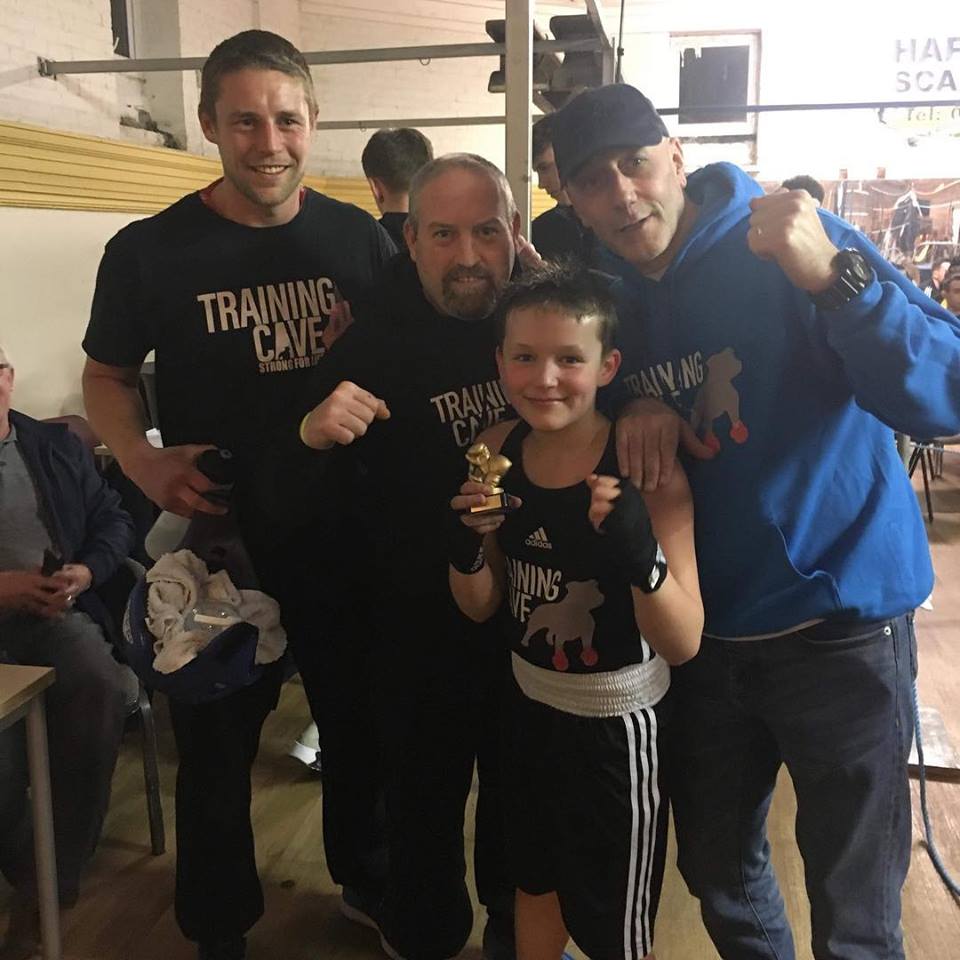 This fight series feature’s five different boxing shows within a two week time frame.  Emotions ran from high to low during this busy time as we won some, we lost some and we had some great experiences.

This little journey started on Wednesday, 4th April when I received a phone call for Ben Sutherland to box on a show the next night in Bradford. Ben happily accepted the fight even though he had a little bit of weight to lose which required him to do some extra training that he wouldn’t normally do the day before a fight. ‘The warrior’ put up a great fight and went toe to toe with his opponent who had travelled from Manchester. Unfortunately, he lost on a split decision but it was a very close bout and he gave a great account of himself as usual.

The next night we already had a fight booked in our diary at a show in Seacroft, Leeds. This time it was Bailey Nisill competing in his first scored contest. He fought the local favourite who had a large crowd and it turned into a bit of a war. It was back and forth action throughout the bout, we thought we had done enough to win but the judges went the other way on a split decision again. We was all gutted for Bailey as he showed true heart in that ring but he will come back a better fighter from that defeat. 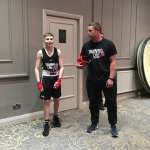 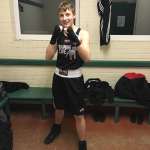 The day after the Seacroft show we was up early with our ‘hurricane’ Harry Avis. This time we travelled to Manchester as he was set to box in the Golden Gloves box cup tournament. Unfortunately, after waiting in the arena for around ten hours with no sign of a fight for Harry we made the decision to leave the badly run tournament. This was a big disappointment for us as a club and mainly for Harry who had had a great opportunity to showcase his talent and win himself his first boxing championship at 13 years old. The competition was a shambles, many clubs left the arena very unhappy and eventually it was all cancelled.

We wasn’t on a very good run at all, in three days we had two lads lose very close fights via split decisions and one of our lads never got the opportunity to compete in his first box cup.

But we was soon to be back smiling as I travelled to York straight from Manchester as our little lion Noah Nicholls was booked out to compete in a skills contest. Obviously I was fuming, a bit cranky and very tired after a long day at the Golden Gloves and travelling around. But as soon as I saw little Noah I forgot all about the last few days as this very moment was all about him. The past had gone, it was time to get back to work. 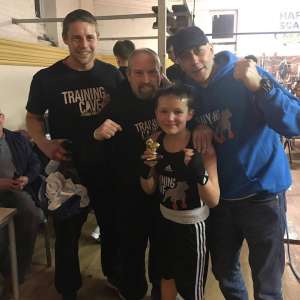 Noah boxed great and showed ability to put into practice what we had recently been working on in the gym. I told him that would be his last skills contest as he now needs to compete for real. I know this lad is ready now, hes dying to let his hands go! 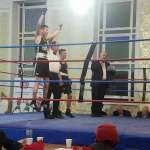 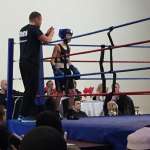 After Noah’s bout we got to have a good few days in the gym training before we was back out on Thursday, 12th of April. This time it was my old club, KBW’s home boxing show in Dewsbury. The ‘hurricane’ Harry Avis had got himself an opponent lined up after the disappointment of the Golden Gloves and we also had ‘super’ Olly Sugden making his second appearance in the ring after wining his debut fight via stoppage in the second round.

Harry was dragged into deep water by an opponent with over double his experience. It was a close contest and he came away with a win via split decision. Our hurricane is now unbeaten in three contests and is on a roll but he will have learnt more from that fight than any other of his previous contests.

Olly Sugden put up a brave effort against a good opponent. The action was back and forth but Olly was just losing the rounds. It was a good fight but unfortunately for us Olly was beaten via unanimous decision. ‘Super’ Olly’s record is now 1-1 after two contests.

Even though we have suffered a few defeats recently I have always been very proud of our efforts. I might not show it at the time, but once I get home and I gather my thoughts I am never disappointed with how our lads have performed. They all give us 100% every time and that’s what counts. We cant expect to win every fight, we are a new club and we are learning with every fight.