By Jack Sunderland17th March 2018No Comments 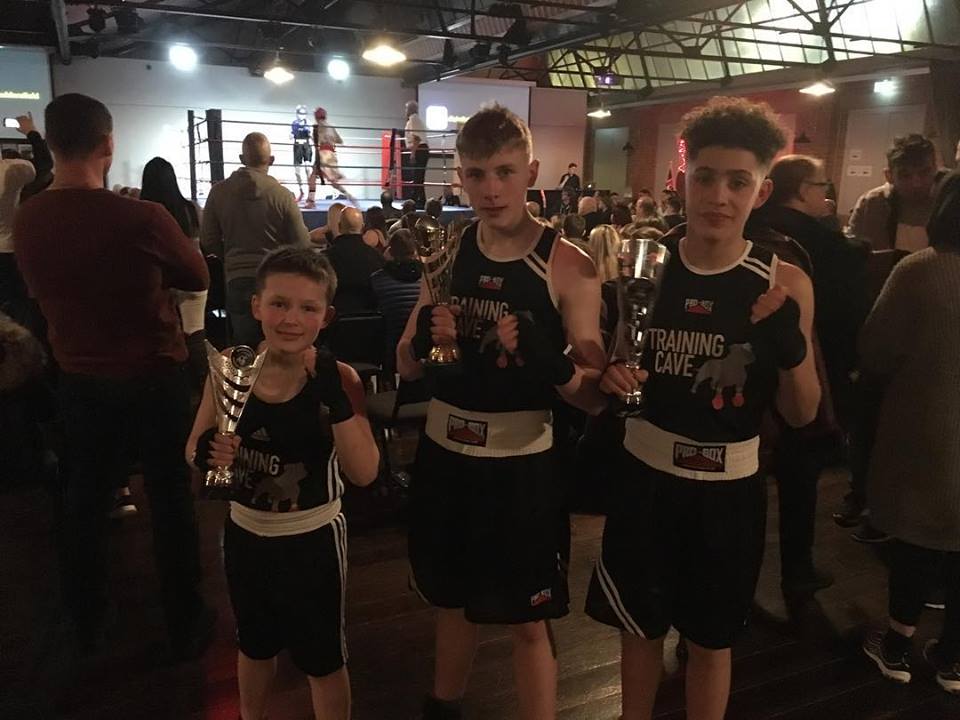 It’s been a very busy couple of weeks for the Training Cave and it all started with Olly ‘Super’ Sugden on Friday 9th March. We made the trip to Derby where he would take part in his first ever boxing match.

Since Olly started training with us we haven’t just been trying to develop him physically as a boxer, we have also been doing what we can to build him mentally. He lacked self confidence and has always doubted himself. But in the run up to this fight he wasn’t showing any nerves and we didn’t hear any of the usual negative self talk. Once we got to the venue and he started to warm up I just knew this was going to be a good night for him. Olly was all smiles and he was punch perfect on the pads.

The first round started and to be honest he couldn’t really miss, sending straight shots down the middle of his opponents guard. The second round was pretty much the same except he started to add a little pressure onto his opponent. Before the bell went to signal the start of the third round Olly’s opponent decided to pull out of the fight resulting in him winning his debut fight via stoppage! A true champion performance from ‘super’ Sugden. 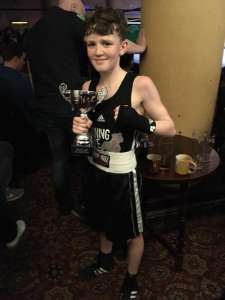 The next day we got on the road again. This time the destination was Bridlington and we had Bailey Nisill competing in his first skills bout. Everything seemed fine, Bailey was showing his usual confidence that we see every night in the gym. That was until he stepped in the ring, he turned around and said to me ‘I’m absolutely s******* myself’. I didn’t worry though as I knew Bailey was more than prepared for this.

As soon as the bell went he got his guard up nice and tight and stalked his opponent. He was rolling and slipping his way into range and throwing big hooks and uppercuts at his rival. I really couldn’t fault his effort, Bailey showed great maturity in his first fight. 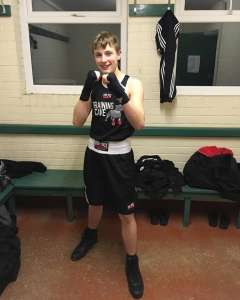 The following week we found ourselves in Sheffield on Thursday 15th of March. On this show we had two boxers competing in Noah Nicholls and Freddie Phillips.

Noah competed in his debut skills fight and came up against a much taller and awkward opponent. He boxed very smart and worked his way in to land some lovely body shots and over hand rights. It was nice to see ‘Kid dynamite’ get his first fight out of the way after already having 5 fights previously cancelled. I was beginning to think he was the most unluckiest boxer I knew! 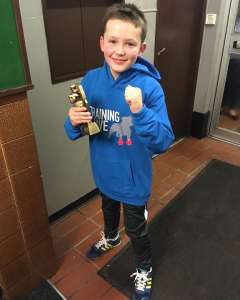 Next up for us was our ‘smiling assassin’ Freddie Phillips taking part in his first competitive bout after proving himself in two previous skills fights.

Freddie started the fight a little nervous and the first punch he took resulted in his nose bleeding badly. I could tell this really effected Freddie’s mind set, he was too distracted by the blood and wasn’t focusing on his boxing. Phillips lost the first two rounds but then seemed to settle and boxed really well in the last round. Unfortunately his confidence grew too late and he ended up losing the bout via split decision.

As his opponents hand was raised Freddie broke down and was absolutely heart broken at losing his first fight. I will be honest, it broke my heart seeing him so upset. We call him the ‘smiling assassin’ because he always has a big smile on his face. I took his reaction to the defeat as a massive positive. It shows how badly he wants to win and how much he loves his boxing.

The next night was the last show of a manic couple of weeks and it saw three of our boxers take to the stage in Halifax.  On this one Noah Nicholls competed again in a skills bout, boxing even better than the night before. His confidence had obviously grown even more over night, again he worked his way into his much taller opponent by jabbing, slipping and rolling until he was on the inside to unleash his trade mark body shots and over hand rights.

Next up was Brandon ‘pretty boy’ Hanson who put on a skilful show. I saw his opponent warming up and I just thought ‘wow that kid is very tall, Brandon will have to be smart here’. ‘Pretty boy’ stepped in the ring and was as cool as a cucumber. He listened to what I was telling him and boxed to instruction. Hanson showed great head and foot movement to make his opponent miss and come back with brilliant counter punches.

Last but not least Bailey ‘nasty’ Nisill who put on the Training Cave vest for the second time in two weeks and boxed very maturely again. Chin down, hands up, great head movement and jabbing his way into range. Another top display to complete our night as a team.

‘ There are no losers in boxing…whether they are fighting or not, each one of them dedicates themselves to learning. To be better as a person, to be more disciplined, more respectful, more confident than the day before…every sparring match, skills match and fight is different, each boxer is different and they all learn differently…but they give it their all…the whole of the training cave team are a family…all winners’

-Karen McKenna (one of our gym mums)