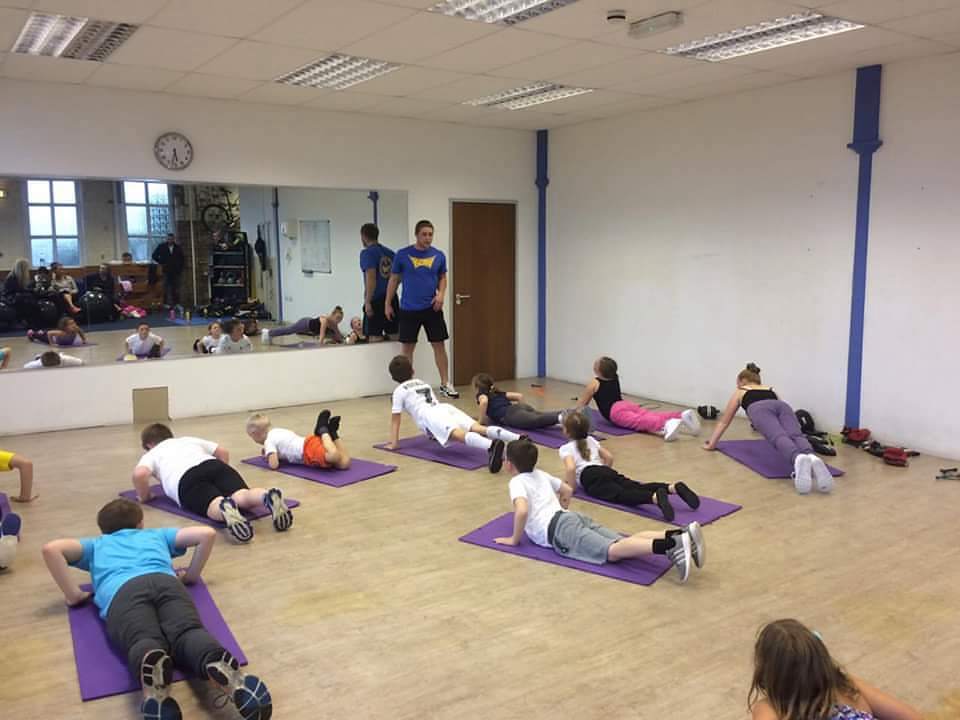 I really do believe that children should be encouraged to exercise from a young age. Its good for them to participate in sports to not only develop fitness but also communication, leadership skills and also discipline.

I don’t have children myself yet, therefore I am not trying to tell parents what they should do with their children as I have no experience in that part of my life. But I do know that I was introduced to the gym environment as soon as I could walk and I have grown up aware of the benefits of exercise.

I like to think that the early lessons I learnt in the gym as a child have stood me in good stead my whole life. The main lesson being ‘you wont achieve anything without working hard’.

It makes me feel old saying this, but it makes me feel pretty angry that computer games have taken over many young childrens lives. I cant help but wonder what lessons they are going to learn from these games. The scariest thought for me is, how out of shape might they become as adults?

The young boy in the picture with me is Alfie Connor, he’s my youngest trainee at only 6 years old. He spends around an hour with me in the gym on Sundays.

He’s doing really well so far and showing improvements in his running. He doesn’t spend the whole time training, while he’s in the gym I show him exercises and teach him what body parts the exercises are working.

When he first started I thought he would become bored within 10 minutes. I have quickly realised he’s not satisfied unless he spends at least 1 hour in the gym. He’s told his dad he now wants to come everyday!

Alfies dad wanted me to train him to build his strength up, this is because he has spent half of his life so far going through chemotherapy treatment to fight leukaemia. Thankfully he’s beaten it, but because of the intense treatment he’s had and the many hours spent laid in hospital his muscles and joints are weak.

I think Alfie has found a great hobby and I hope I can influence him with his fitness and health, the same way I was influenced from a young age.

If this young boy can muster up the strength and dedication to exercise then I strongly believe anybody can.