Running For A Purpose

By Jack Sunderland16th May 2017No Comments 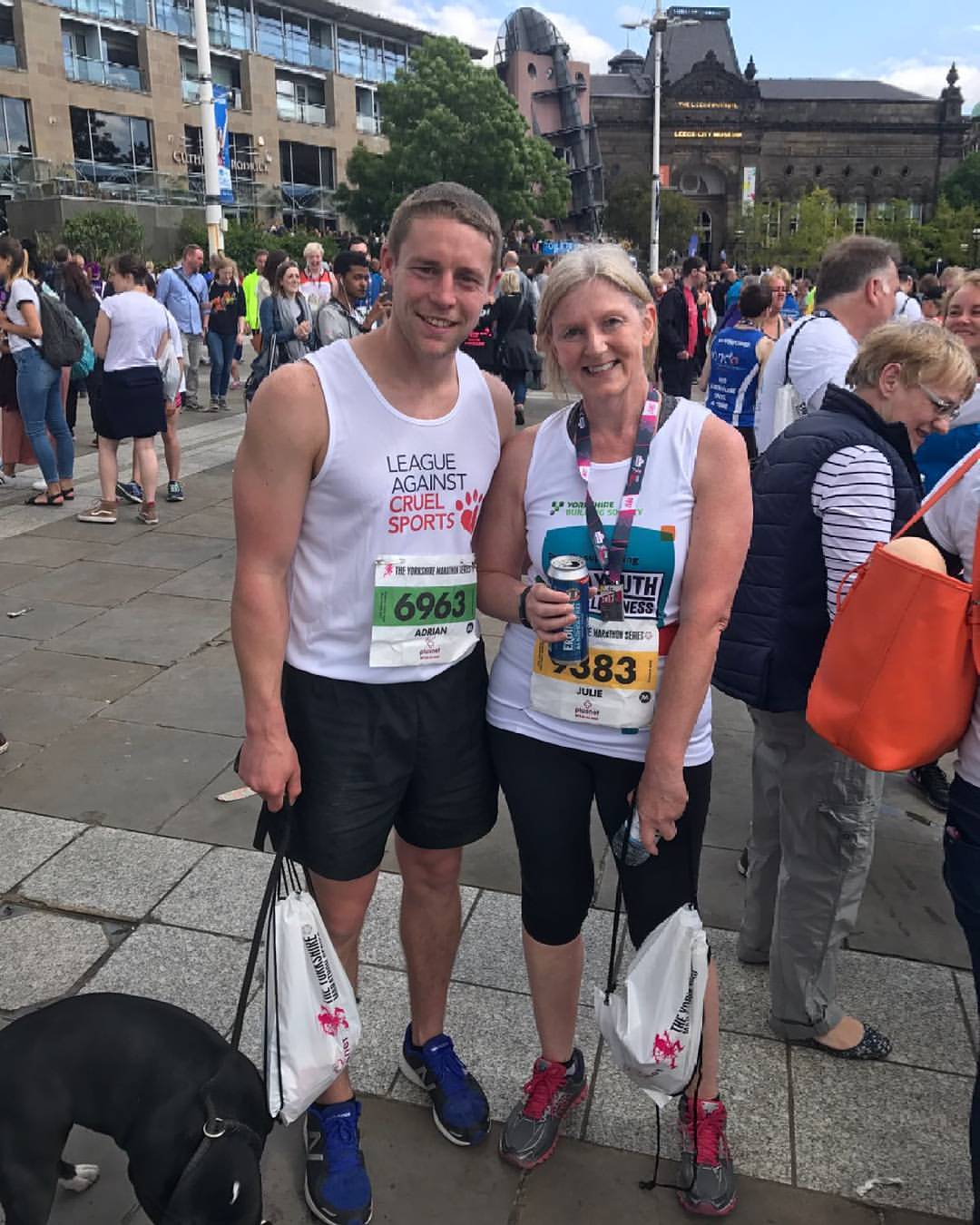 A few years ago I was taking on challenges whenever I could, including; 10ks, half marathons, full marathons, triathlons and long distance bike rides. I kind of fell of the wagon a little as all my energy was being put into my work. I knew I was missing the excitement of a race but I didn’t realise how much until I ran the Leeds half marathon this weekend.

I hadn’t planned to run this race. Julie, a lady who I train likes to continually challenge herself and she had booked to take part along with her friend. Unfortunately her running partner injured himself a couple of weeks ago and she was a little unsure about running the race on her own. I offered to run it with her and keep her company during the challenge.

I had seen the effort she had put into her training for this event, slowly building up the miles for weeks and months. I had seen first hand the work she had put in the gym with me on her strength work. So I couldn’t see her not complete the race.

I am a little 50-50 with running. I personally love doing it but when running isn’t done properly it can wreak havoc on our bodies.

I tell most of the people that I train to not run. That’s if I don’t think their bodies are physically ready yet. Sometimes I think this is because I am scared of them injuring themselves, I like people to be able to train regularly without being left banged up. But then I remind myself that we were created to run, jump, swim and climb.

Its sad to think that because of sedentary lifestyles becoming the norm over the last so many years that a lot of peoples bodies have been moulded into shapes that make them less efficient.

I personally don’t think running is bad for us, I think its HOW we run and what we wear while we run that is the problem. The trainers and shoes that we wear have changed how we move. Those expensive fancy looking running trainers with all the cushioning are probably doing us more harm than good! Remember, back in the day humans will have run with nothing on their feet.

‘true. We have lost our original nature and let technology and laziness take over’
– Born to run

Although I have talked about the negatives of running, I think they are more than outweighed by the positives. Running does get us fit. I don’t care what any person or any book says, its a brilliant conditioning tool.

Running goes beyond the physical benefits. It is also great for the mind.
When running the race with Julie on Sunday I enjoyed most seeing all the charity vests and t-shirts that were on show. Also the amount of people that was on the streets supporting on a Sunday when they could have been laid up on their sofas enjoying a day off from work.

Everyone running that race had trained for it, for a long time leading up to the race they had a purpose to train. They were aiming for something, they had a date in mind and they knew what physical condition they wanted to achieve.
I think its important than everyone has something to aim for, training should be a continuous journey and I think that when one challenge is completed we should aim for the next.

Well done to everyone who ran this week and raised to much for charity including Julie who got me off my ar** to run with her, I am grateful!

‘just move your legs. Because if you deny you were born to run, you are not only denying history. You are denying who you are’
-born to run