By Jack Sunderland9th July 2017No Comments 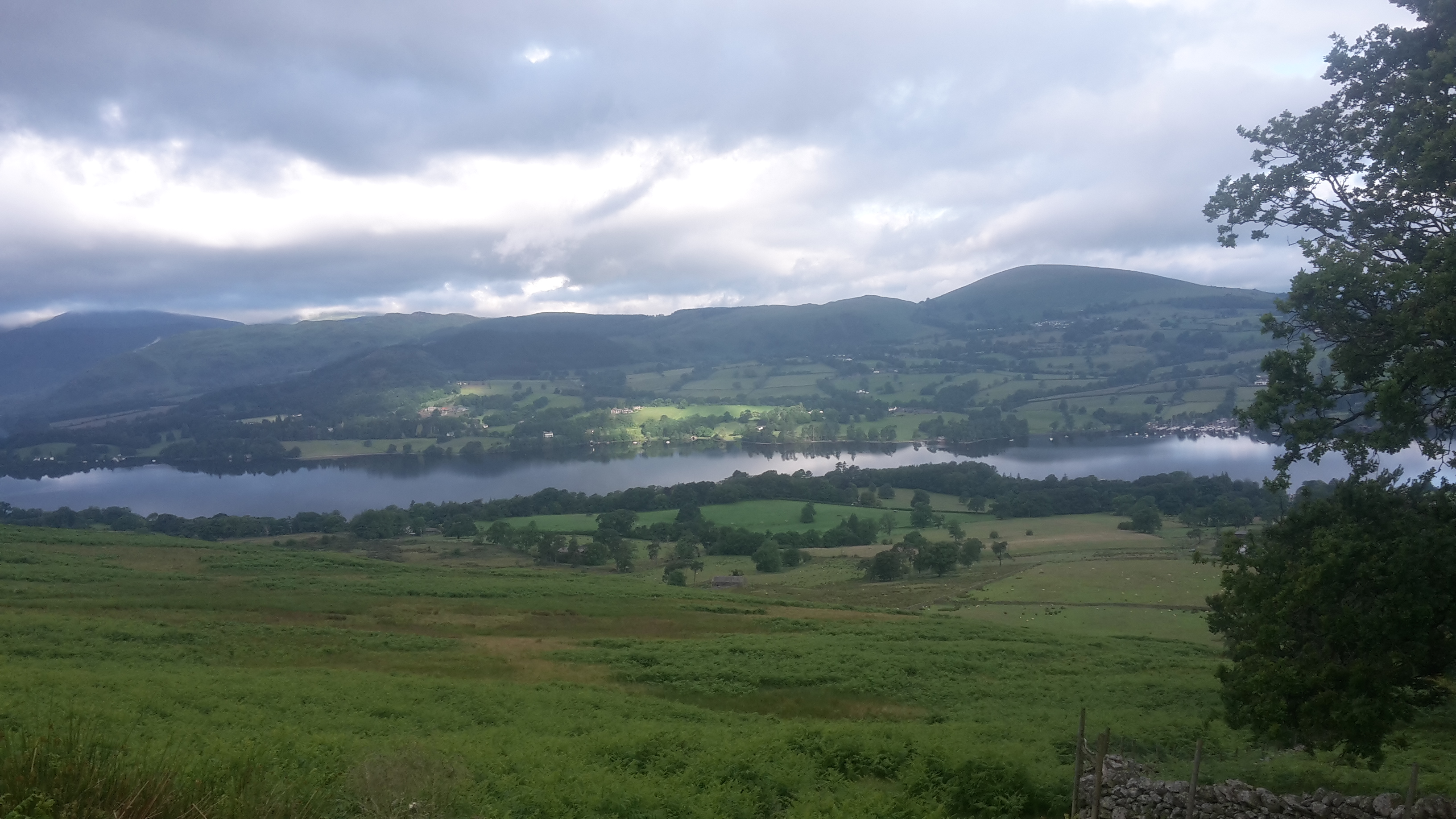 As a kid I had role models in and around various gyms and sporting teams that I was part of. These older people were like super heroes to me and I was obsessed with wanting to be just like them when I grew up. I felt like these different people could do almost anything physically.

But there was one thing I had heard to be a real tough challenge, this was one thing these superheroes hadn’t completed. A marathon, 26.2 miles of running.

Growing up I took part in as many different sports as I could. At one point in my life; football, athletics and boxing all filled up my weekly diary. I must have drove my Mum and Dad mad but in my head I thought if I trained in so many different sports I would be the best I could be ‘all round’.

I worked through all the sports until I was 16 when I chose to give boxing my full attention. The time came in my early 20s to retire from professional boxing for various reasons.

This left a massive void in my life. I’d had some kind of sport to focus on since I was 6 years old and now I had nothing.

I then reignited my hunger to be like the superhero’s I looked up to as a kid. At this point I felt like I had already passed them in achievements but I knew I could do more. I decided to complete a marathon as I thought that was the next best thing and I knew I needed to fulfil my goals I had as a child.

I then went and completed 3 marathons over the space of a couple of years and also ventured into triathlons. This didn’t leave me satisfied though and the more I read into endurance events I wanted to do more and go further.

On Friday the 30th June I set off to the lake district to register myself for my first Ultra marathon. I was to take on a massive 68 miles in one hit, the problem was I hadn’t really prepared my body for it physically.

Whether its arrogance or confidence, I don’t know. But I knew I could still complete the race without any real preparation. I felt that because I have trained all my life and always kept myself fit, I could do it. 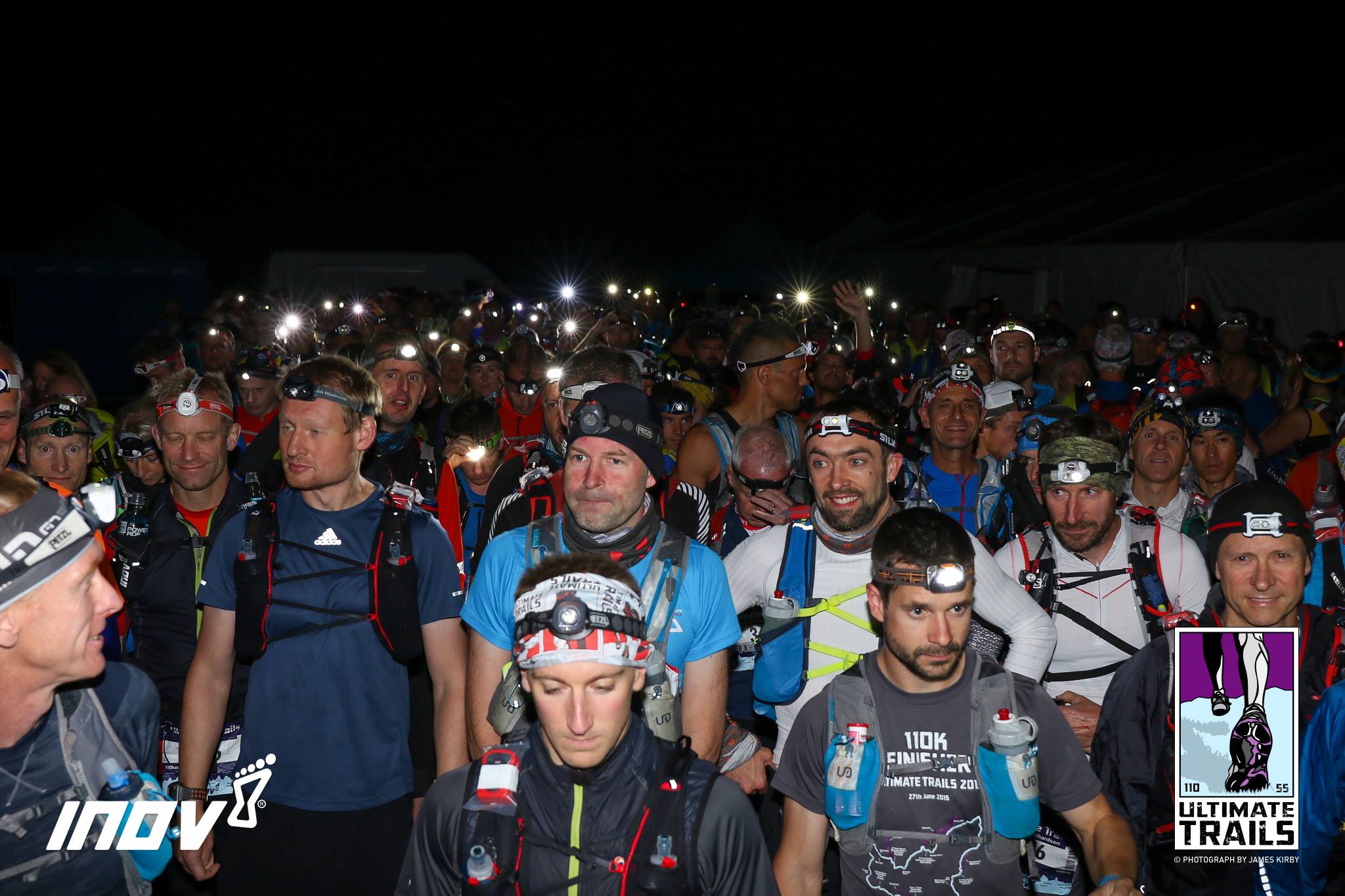 At midnight I lined up with a load of other nutcases to take on the biggest physical challenge of my life. Nobody seemed nervous. It was as if everyone knew they was going to be putting themselves through unbelievable pain but they was all for it!

All I can say is what an unbelievable experience it was, I never imagined how many ‘ups and downs’ a person could have within 24 hours. I saw night, day and night all in one run. Also burning sun, rain and wind (I HATE running in the wind).

The views I got to see whilst taking part were worth the pain alone, the scenery was unreal and I can imagine some of it is virtually untouched by people. The things I saw along with all the flapjack and pizza I got to eat made every painful step worth it. 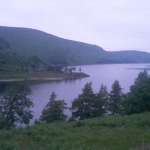 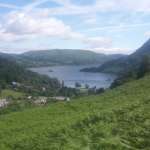 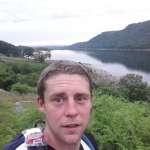 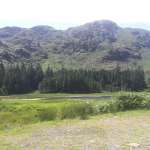 I was enjoying the event until I had around 15 miles to go, this was when tiredness really started to kick in and the pain in my body from the hips down was almost unbearable. It became that hard to travel downhill I was praying for an uphill!

Its strange how such an event brings people together. Everyone doing the run was in the same boat, we were all going through similar thoughts and pains. It was nice to run/walk alongside people with a similar mind set.

At one point I found myself alongside a French man, he had travelled over to complete this mission as the year before he had failed through injury. We chatted for a bit and tried to keep each other motivated. I will be honest though, all I could think was ‘I aren’t going to be beat by this French t***!’. 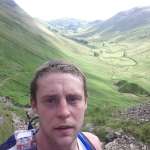 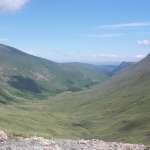 In my head I started to think ‘I want to finish before it gets dark again’, unfortunately I didn’t quite beat sundown. It did get dark again and because of this it got that little bit harder. 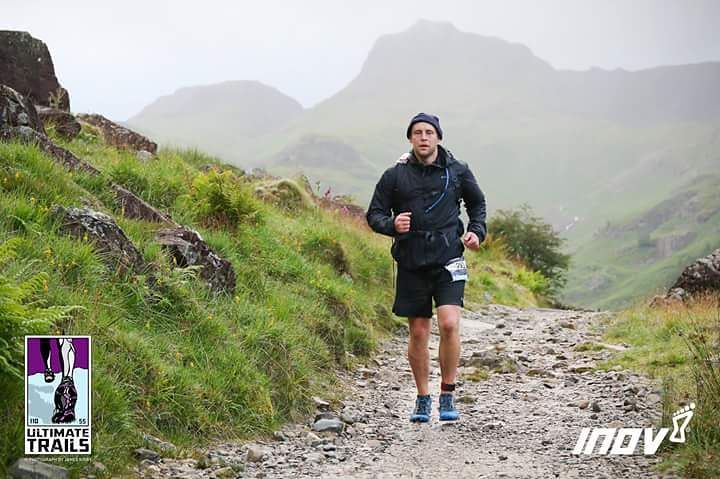 I was starting to get really frustrated as I thought I was near the end, the cut off time was 24 hours and at this point I had been going for around 22 hours. Every person I asked was telling me it was a different distance until the end, this was making me angrier. ‘Its 2 miles mate’, next person ‘4 miles pal’… someone just please tell me the truth!

I got to the final mile (100% the final mile as I swore the marshal to tell me the truth). This was the hardest mile I have ever done, I aren’t going to tell you I ran it because that would be a massive lie as my body was broken.

I was about 500 yards from the finish when a woman called Sue came jogging up the hill to look for her friend who had taken part in this race. She had just come to support so she wasn’t taking part. She noticed the pain I was in and told me she would walk with me to the finish line. ‘Just round the corner Jack’, please don’t lie Sue I don’t care if its longer I just need to know! 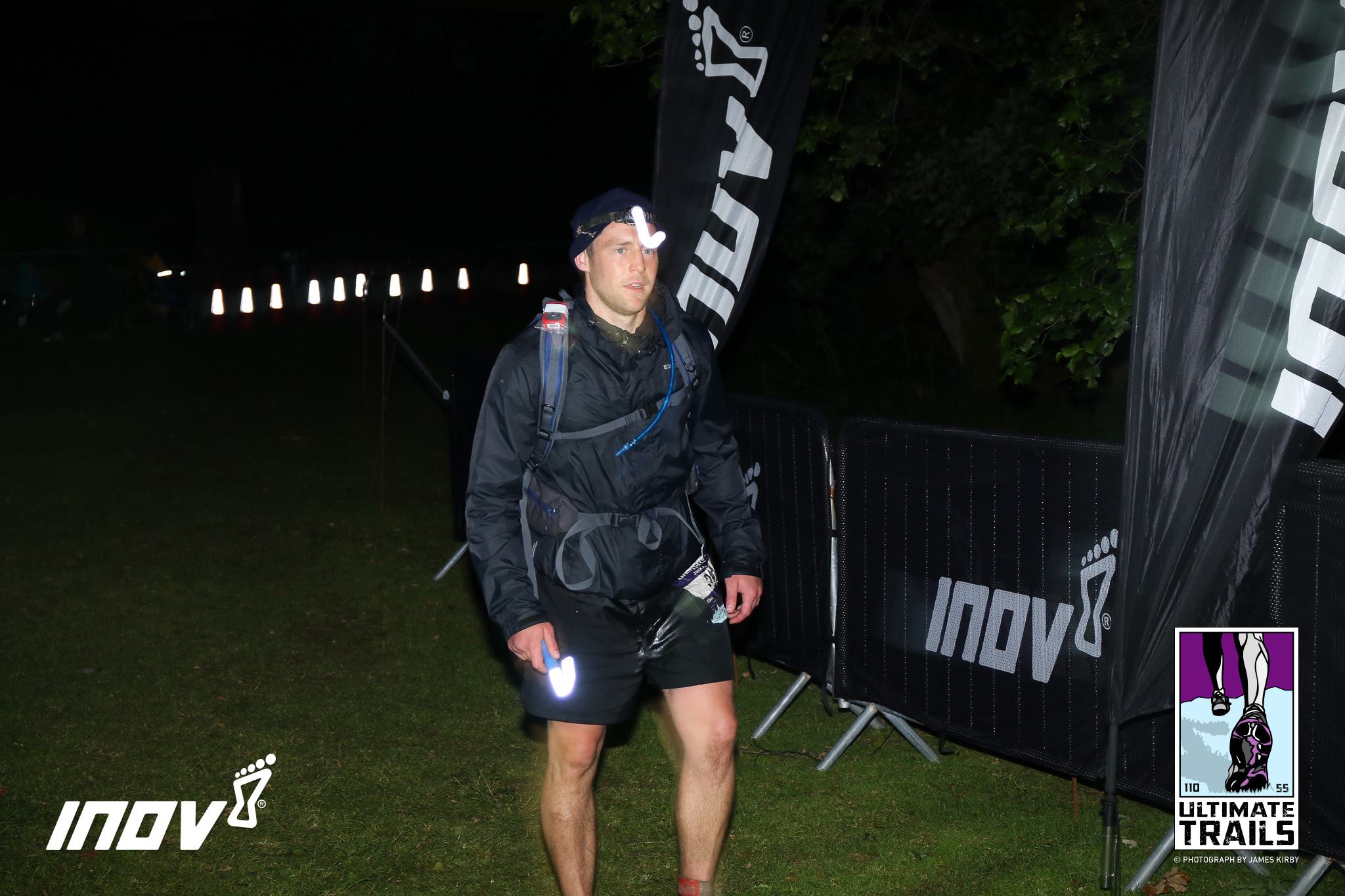 This woman was my saviour as that last mile was the hardest of the 68, crossing the finish line at 23 hours gave me the greatest feeling of accomplishment I have ever had.

I don’t think I can really get it across to people what it feels like to take part in an ultra marathon unless they have done one themselves. One way I thought of describing it is… imagine putting yourself in the most uncomfortable, physical and mental situation possible and the only way you can get out of it is by finishing what you started. You can’t quit, you are in the middle of nowhere. You HAVE to finish.

CONCLUSION
1. The superhero’s I had as a child are now lagging way behind but I am thankful I had these fitness freaks to look up to and follow. I hope that if one day any child looks up to me the same way, I have set the bar higher and they will aim to go further themselves.

2. When anyone thinks they are tired during training, they think they have had enough or they cant possibly do any more… they can and they will keep going if they really want to.

3. It really is mind over matter, I didn’t prepare myself physically but in my head I knew I wouldn’t fail.

Next time you are in the gym and you start to feel like its getting hard, imagine you are in the middle of nowhere and you have to keep going to finish the workout. Forget there is a door to walk out, be a different breed and finish what you started!