By Jack Sunderland23rd December 2017No Comments 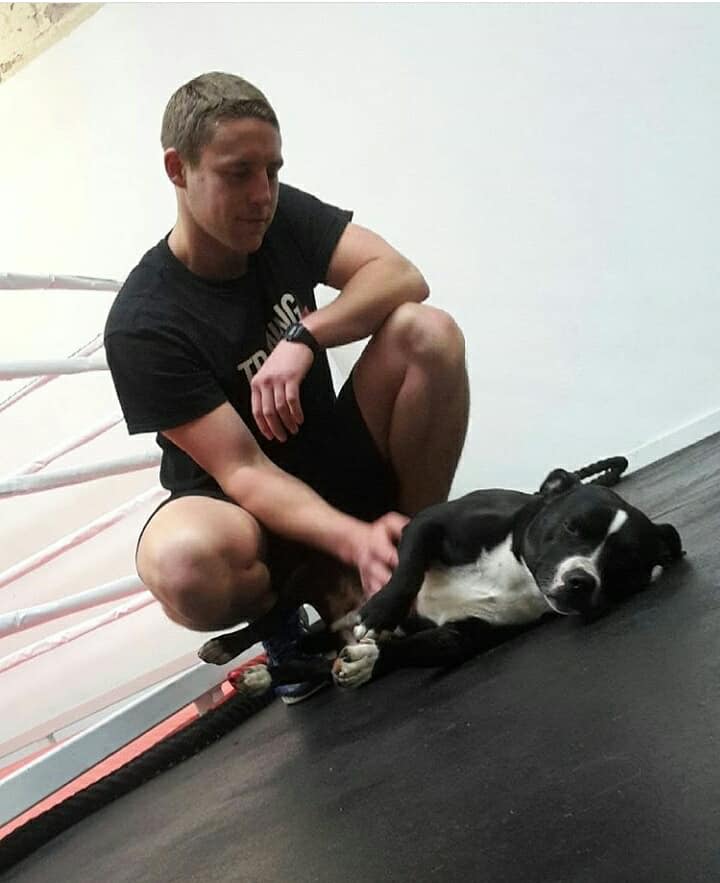 This time last year the Training Cave was nothing but just a thought, a dream that I believed would become a reality.

After months of searching around I managed to find the perfect location for this gym. Once the lease was signed I got straight to it. All the spare hours I had around work was spent cleaning up this old storage unit and making it into something that would be acceptable for people to train in.

I didn’t have a ‘business plan’, just a gut feeling that this was the right thing to do!

May 8th, 2017 was the very first day that the gym opened to the public. I could never have predicted how many people was going to come through the door, but I felt very lucky for the large numbers that turned up for both the junior and senior boxing classes.

This gym is one of the best choices I have made so far in my life. Not just because of boxing, but so many different people have come through these doors, all with different purposes. Some people have come to learn how to box, others wanted to lose weight, get fit or completely change their mindsets.

I often get funny looks from people when I tell them that I don’t need a bigger facility and that it has never been my intention to have more than one place. My whole reason behind this gym is to create an environment where everyone can learn the sport of boxing and achieve various fitness goals. Not only this but I always wanted the RIGHT people training here with the best intentions and attitudes. 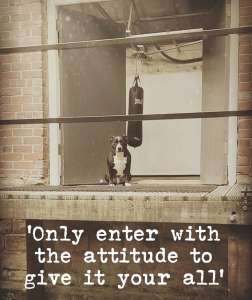 I envisioned a tight knit community that would welcome people with a similar mindset. I think as the months have passed I have noticed that this has become apparent. The gym has family members training inside it; Mums, Dads, partners, sons and daughters. It’s been mentioned many times that this is a ‘family gym’ and to some people it feels like the ‘Training Cave family’.

During the first 8 months of being open we have seen the people that train here make so many changes to their lives in different ways.

From a training point of view so many people have learnt to box, achieved weight loss, gained physical strength and improved appearance. Some people have gained a great deal of mental strength, they have realised they can push their bodies far beyond what they thought was possible before.

This place isn’t all about training though…

We have seen people get married, have children and gain many new friends!

Whilst reading the Christmas cards from the parents of the children that train here, it has really made me realise something that I never even considered when I first set up the gym. Children have improved not just physically but also mentally and emotionally, they are now happier people. This means so much to me, in my opinion there is no better feeling than seeing children improve for the better.

Knowing that this gym has had such a positive impact on so many people really makes all the hard work so far worth it and proves it is doing its job. My whole philosophy behind training was molded by my granddad who taught me all about being healthy, physical fitness and hard graft. My granddads views on life shaped me and it’s my aim through the Training Cave to influence as many people as humanly possible the same way he influenced me.

So much has happened since opening, but towards the end of the year we managed to have a couple of our young boxers out competing for the first time.

16th December 2017 Freddie Phillips was the first person ever to step into the ring and represent the Training Cave. Five days later Harry Avis took to the stage too. Both junior boxers stepped up to the plate and boxed brilliantly. I’m not scared to admit, these first two fights made me pretty emotional, as so much work has gone into getting to this stage that most people cant even begin to imagine. 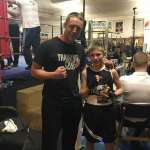 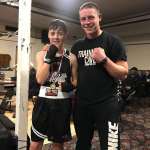 Not only does the gym now have a great stable of budding fighters with great work ethics and skills but we have also started to build a small coaching team. I was running the gym on my own for months but by November I found myself getting offers from two great boxing people who wanted to help me out. It feels like Steve and Chris have been coaching everyone with me all along as they have slotted in straight away! I couldn’t have asked for two better people to come along and I am very grateful.

I know that every year you hear people say, ‘next year is a big one’, I have never said it before as I have always taken each day as it comes. But I truly believe that in 2018 the Training Cave will really get moving. I’m sure numerous people will come and go through these doors, many more boxers will compete for us and I’m very confident that this gym will host its own amateur boxing show at a venue in Birstall for the first time.

We have some great times ahead for sure!

So, from me, Lucy and our dog Oscar (the star of the Training Cave) we wish you a Merry Christmas and a happy new year!

“It’s hard to beat a person who never gives up.” – Babe Ruth