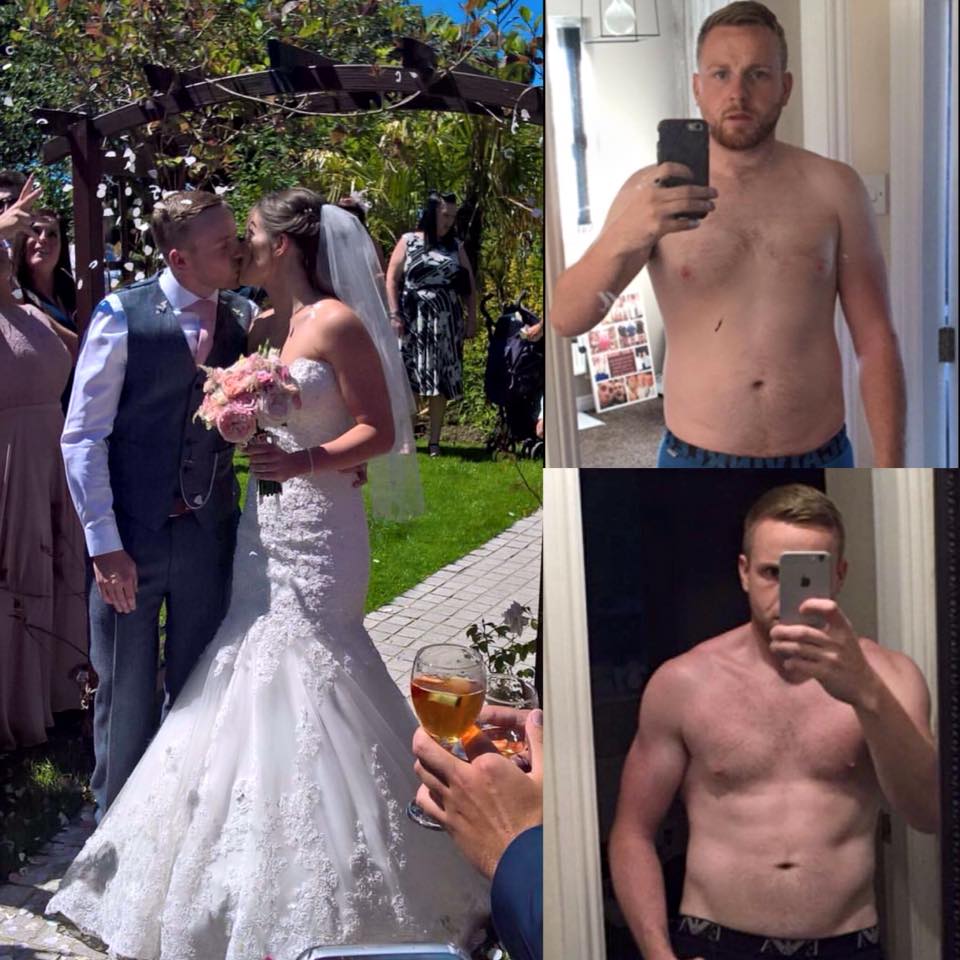 It is one thing to set challenging goals, but it takes serious grit to consistently work towards them. Many people talk about what they would like to achieve, but very few people accomplish what they set out to do. 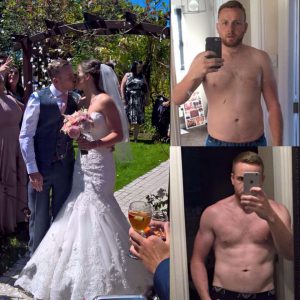 The picture above shows Joe French’s progress so far. He got in touch with me in November last year to get him in shape for his wedding and the many stag do’s he had coming up.

Over the following nine months we trained twice per week in the early hours of the morning before he started work. He did not do a silly low calorie diet, he ate sensibly and grafted hard in the gym.

He stuck to his training right from the start. We mainly stuck to the basics and we did not use any fancy training programmes. He consistently did what I asked of him in the gym, he also went away to train on his own in between our sessions and he used the same routines and exercises that I had shown him.

Throughout Joe’s journey the numbers on the scales barely changed, but his body shape changed massively as he had to have his suit re measured four times, which resulted in him having to buy 2 suits as the first no longer fit (sorry about that mate).

I honestly think Joe’s mindset had changed from the moment he got in touch with me. He knew what he wanted to achieve, he just needed to be pushed towards it. I fully respect people who search for new ways of training, fancy gym equipment and quick fix diets because these people are looking to improve themselves, but sometimes all you need to do is develop self discipline, and that is something that you cannot buy online.

I am very proud of Joe’s results. I did not notice much of a change in him as I was seeing him every week, so when he sent me these before and after pictures I was a little bit gobsmacked!

I was over the moon to be invited to their big day, huge congratulations to Joe for his effort and for holding his own next to a bride as beautiful as Steph.

‘consistency may not be flashy, but its always been effective’